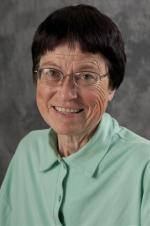 How well do you feel MPCS has kept up with the demands graduates face in the workplace?

What do you see as the most important advantage of receiving a master’s degree from the University of Chicago MPCS?

"Graduates of the MPCS are perceived to be intelligent, creative, and able to learn new subjects quickly.  The University of Chicago’s superb academic reputation carries over to the MPCS."

Ph.D. thesis published as book, From Peirce to Skolem, in 2000.
Several writings in mathematical and categorical logic.