We'd love to learn a little more about you and your plans for getting your masters degree in CS or another field. It will only take ONE minute! Click here to access the survey. 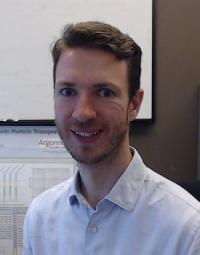 BIOGRAPHY
Paul Romano is a computational scientist at Argonne National Laboratory who primarily works on high-performance computing and software development for nuclear energy applications. He is the original author and lead developer of OpenMC, an open source code for simulating particle transport via the Monte Carlo method. Prior to joining Argonne in 2015, Paul spent two years working at Knolls Atomic Power Laboratory where he developed software used in the design of nuclear reactors for submarines and aircraft carriers.