Varun Goyal, MPCS ‘02: “The MPCS helped me solidify this journey.”

University of Chicago Masters Program in Computer Science alumni push boundaries and innovate across many facets of the industry. Whether it’s developing seamless UX interfaces, engineering software at Fortune 500 companies, working in big data or keeping networks secure; our esteemed alumni use their applied skills and education from MPCS to problem-solve, create, and elevate the computer science field. Learn from their stories and discover how a CS background can prepare you for cutting-edge careers and leadership roles. 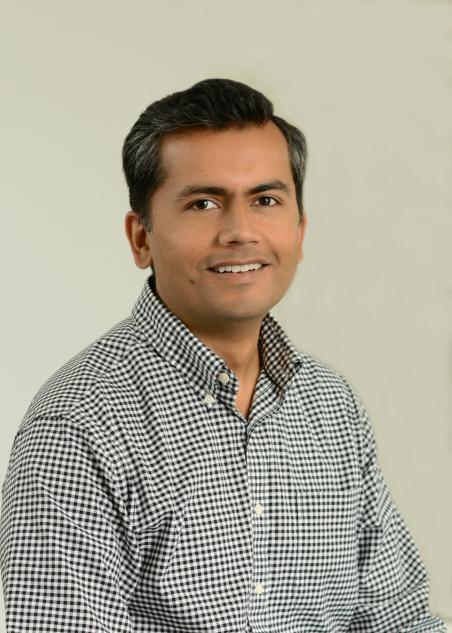 Varun Goyal, class of 2002, is the CEO and co-founder of Illuminate.Health. He tells us how a prescription error led to Illuminate.Health’s founding, what his advice is for current students, and why he credits the MPCS with getting him where he is today.

Varun Goyal (MPCS ‘02), CEO and co-founder of Illuminate.Health, has a background in engineering, computer science, and later earned his MBA. He spent the majority of his career as a consultant, solving problems around customer relationship management and enterprise resource planning.  Along the way, he began focusing on and became passionate about healthcare. “It’s so complex. It seemed like a puzzle. I thought, ‘I’ve got to solve some aspect of this,’” he says. He traveled globally, from Asia to Western Europe to Latin America, and then became involved in the healthcare revenue cycle - seeing how doctors get paid and what the healthcare system was behind the scenes.

Through his work, he started noticing care gaps and discrepancies, but it wasn’t until he was picking up a prescription for his wife that such a gap really hit home for him. “On the way to the pharmacy, I was catching up with a physician friend of mine and just out of curiosity he asked me what I was picking up. When I told him, he said, ‘Oh, are you guys pregnant or trying to get pregnant?’ I said yes, we’re trying - and he said that she should not take that medication.” Five days later, he and his wife found out they were indeed pregnant. 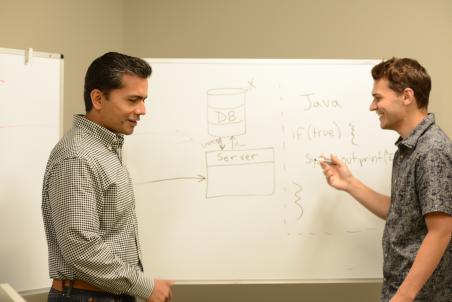 The experience made him wonder: Why was his wife prescribed that medication? Shouldn’t their doctor have known, given the medical history? He talked to more friends and family, and as it turned out, everyone gave him some sort of story - they all had similar incidences. These “adverse drug events,” as they’re known, led Goyal to research consumer tools. Basically, he could do his own research on medication, but he didn't find any of it to be particularly consumer-friendly. “One-third of the U.S. population is considered health-illiterate. Not all of us understand medical jargon, and some people think pharmacy pamphlets are confusing or scary.”

Additionally, none of the apps he tried had any “proactive clinical intelligence,” as he called it, even though some would act as medication reminders, some would check for interactions, and a few had educational material. His goal was to build something that was more comprehensive, enlisting the help of a pharmacist to get the clinical information: “I wanted the experience to feel like you had a pharmacist sitting in front of you,” he says. And so he and his team created Illuminate.Health, aiming to “shed light” on people’s health and medication, and show them the right path.

Though the app can be used in tandem with a medical care team, it’s built primarily for the consumer – especially for those who are caregivers at different stages of life, whether you’re taking care of your parents or your kids. “Everyone wants to take care of their family, and the majority of family caregivers don’t have the medical know-how. They’re stressed out, and they need support.” Illuminate.Health allows family members to get notified right away of a change in symptoms or if a medication is missed, so they can reach out. 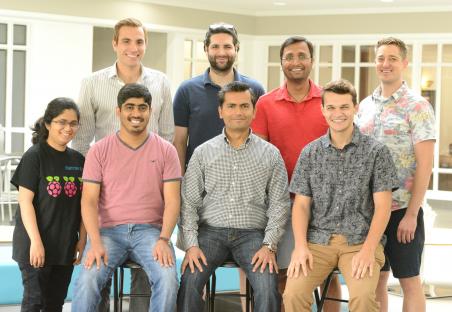 Goyal credits the MPCS with helping him get to where he is today, as all of his experience culminated in this journey.

He chose the MPCS because he felt was a really great program to help him round out his undergrad degree in computer engineering, which was a mix of electrical engineering and computer science. He felt like he was missing the enterprise applications and real-world examples, as well as the latest technologies, and also appreciated the flexibility of the program because he was working full-time. “I really solidified this journey with the MPCS. The software application alone definitely helped me round out my computer science and technology understanding. The culture there was really good, and I remember we got to hang out with professors, some of whom I still keep in contact with to this day.”

And he believes that the program’s strengths will help current and prospective students thrive. His advice to them? “Take as many courses as you can to expose yourself to different aspects of computer science, so you can figure out what you’re drawn to naturally.” At some point, he advises, professionals should pick an aspect of computer science and become an expert in it. It’s good to be a generalist up to a certain point, where you understand all aspects involved. But when you really dive into an area, that’s how your demand grows. “The true value of a computer scientist is in the specialized field.”

Goyal believes CS isn’t lacking for excitement, however. “For me, part of the excitement is there’s always something new. I love the variety and I thrive on change. Constantly learning these new technologies is a driver and I’m not at that point where they say, ‘You can’t teach an old dog new tricks.’ He’s especially thrilled by AI and machine learning but thinks humans need to put the right frameworks around the technology there.

When he’s not working on Illuminate.Health, Goyal spends time with his wife and two boys, ages six and four. “My kids are my life.”

To learn more about Illuminate.Health, visit the website here.