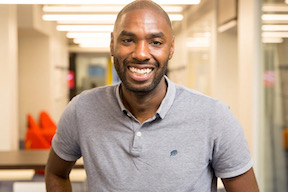 BIOGRAPHY
Before joining the MPCS in 2016, Lamont Samuels worked in the fast-paced startup world. In particular, he worked on developing core software systems for upcoming and innovative technologies such as digital wallets for cryptocurrencies and a surface-haptics display thats allows you to feel objects on a display. His most recent research interests is directed towards developing high-level  programming languages for parallel computing. He is also interested in implementing real-time systems in the domains of computer graphics, functional reactive programming, and embedded systems.