Robert Van Dusen, current Joint MBA/MPCS: The skills I learned in the Applied Data Analysis class were critical to my success as an intern this summer.

The University of Chicago Masters Program in Computer Science students push boundaries and innovate across many facets of industry. Whether it’s developing seamless UX interfaces, engineering software at Fortune 500 companies, working in big data or keeping networks secure, our students use their applied-skills education from the MPCS to problem-solve, create, and elevate the computer science field. Learn from their stories and discover how a CS background can prepare you for cutting-edge internships. 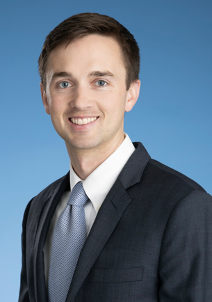 Robert Van Dusen is a current Joint MBA/MPCS student planning on graduating in 2021. He tells us about his Applied Data Analysis Course project, which he ultimately presented to United Airlines, and about the skills he’s learned that has helped him be successful in his summer internship at Amazon Web Services.

What motivated you to apply and enroll in the Joint MBA/MPCS Program?

My career goals were the chief motivator for applying to the Joint Degree Program. I wanted to pivot into technology product management, but knew I needed to strengthen my computer science skills to make the transition. The Joint MBA/MPCS program helped fill those gaps and made me a stronger candidate.

What have been your favorite MPCS courses? Most influential instructors? Why?

I’ve enjoyed all the MPCS courses I’ve taken so far. I’ll focus on two that standout.

Databases with Aaron Elmore was a great course. During the term, students gradually developed a web application supported by a database. New concepts were layered on each week and the complexity and functionality of the app steadily grew. I thought this was a great structure for the course that yielded very practical learnings alongside the theory.

Applied Data Analysis with Dave Sahota was another awesome course. We covered modern statistical models from linear regression to deep learning. The course culminated in an open-ended data analysis project which challenged students to find a real-world problem, step into the shoes of a data scientist, and apply the machine learning techniques we had learned.  This was hard, but also quite fun. The skills I learned in Professor Sahota’s class and cemented during that final project were critical to my success as an intern this summer.

Please tell us about your project in the Applied Data Analysis Course with Dave Sahota. We would like details about the project, technical skills used, and how you feel this will prepare you for work post MPCS.

Prior to attending UChicago, I worked for United Airlines. I became a bit of an airline nerd as a result of that experience, so I wanted to do something related to aviation for my final project in Applied Data Analysis. I partnered with the Network Operations team at United to study and predict arrival runways at Chicago O’Hare airport. Predicting the arrival runway of inbound aircraft hours in advance can be advantageous because it allows commercial carriers to better plan and stage equipment and personnel. Basically, more accurate predictions can lead to more efficient airports.

Existing models that do this runway prediction use traditional statistical methods, so this was an opportunity to apply some of the more modern machine learning techniques I had learned from Professor Sahota. I worked with United and NASA to obtain a dataset of historical arrivals at O’Hare, which included dozens of features related to the operation and navigational plan of inbound flights.  Ultimately, I developed a gradient boosted tree model that outperformed the existing method at predicting arrival runways. The most exciting part was that I had a chance to present and share my model with operations planning leaders at United Airlines. My findings generated a lot of excitement and the hope is that the model will be operationalized and deployed at United hubs in the future. This was an awesome outcome to my final project and highlights the relevancy and power of the skills MPCS imparts.

How has your MPCS education helped you achieve your professional goals?

The MPCS has been hugely helpful as I transition towards product management. While recruiting for an internship, I was able to point to specific technical skills that I had developed.  Ultimately, I spent the summer as a Technical Product Manager at Amazon Web Services where I worked on the Machine Learning Services team. The skills I developed in the MPCS, in particular the machine learning techniques we covered in Applied Data Analysis, helped me enormously in that role.

What is a piece of advice you’d give someone considering applying to the Joint MBA/MPCS Program?

The Joint Program is fantastic but also demanding. Make sure that it is consistent with your career goals!