University of Chicago Masters Program in Computer Science alumni push boundaries and innovate across many facets of industry. Whether it’s developing seamless UX interfaces, engineering software at fortune 500 companies, working in big data or keeping networks secure; our esteemed alumni use their applied skills education from MPCS to problem-solve, create, and elevate the computer science field. Learn from their stories and discover how a CS background can prepare you for cutting edge careers and leadership roles. 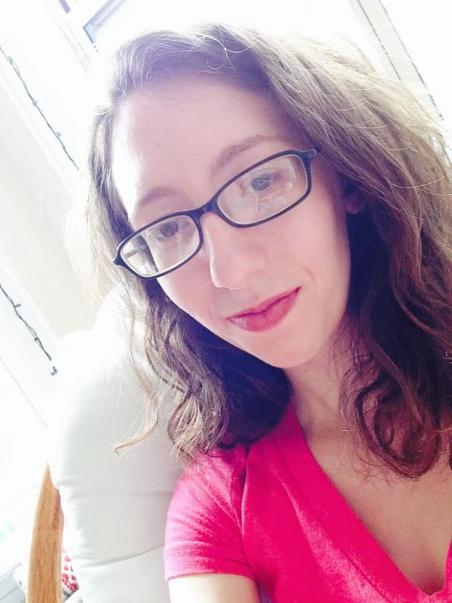 Susan Stevens, Class of 2015, is a Mobile Developer at Solstice Mobile. Susan shares how the Masters Program in Computer Science at University of Chicago helped her achieve her professional goals, the aspects of mobile development she finds most rewarding and what it means to be a woman in tech.

Did you come to MPCS with a computer science background?

I took one programming class during my last semester of college, but that was my only exposure to computer science before starting MPCS four years later.

What motivated you to apply and enroll in MPCS?

I've always enjoyed math and logic, so when I started thinking about graduate school a few years ago, computer science seemed like a natural fit. I looked into programs at several different schools, but MPCS was the most appealing to me since it's academically very rigorous, but also open to students without CS backgrounds.

How has your MPCS education helped you achieve your professional goals?

I wouldn't be in the job I'm in today without my MPCS education. One thing I loved about my education was the mixture of theoretical and practical training. I took classes in discrete math and algorithms that helped me build a solid foundation in computer science, but I also took two classes in iOS development that are directly applicable to the work I do everyday.

How did you first hear about Solstice Mobile? What attracted you to the company?

I came across a job posting for Solstice last fall when I was starting my job search. One of the things that excited me about Solstice was the emphasis on helping their employees continue to grow and learn. Everyone is matched with a mentor, someone with more experience at the company that you can turn to with questions. We're also given a training budget that we can use to attend professional conferences or purchase books and other resources.

What drew you to a role in mobile development?

I enrolled in my first iOS class at MPCS because it sounded like fun. It ended up being a lot more work than I expected, but it was also one of my favorite classes in the program. We built a different app every week in that class, and it was cool to turn in something that I had developed myself from start to finish. The visual and interactive aspects of mobile development are really rewarding. It's also a fairly new field, so things are changing all the time.  It's pretty cool to watch that happen.

What does a typical work day at Solstice Mobile look like for you?

I currently work on a team of ten people. Every morning we have stand-up, a meeting where each person reports to the team on what they worked on yesterday and what they're planning to do today. The rest of my day is usually spent either developing a new feature or fixing defects found during testing. At Solstice, teams usually sit together, so there's a lot of conversation between developers, designers, testers and business analysts to make sure we're all on the same page about how a feature should work. Some days we have additional meetings to estimate the amount of effort that will be required for upcoming features or to discuss various technical approaches to more challenging features. Recently, I've also sat in on a couple of research sessions with our user experience designer.

What do you enjoy most about your profession?

I really love taking static designs and turning them into fully-fledged features in an app. On the one hand, mobile developers are focused on the aspects of a product that users will actually see and touch. But we're also focused on writing clean code that's easy for the next developer understand and modify as needed. There's a really nice mixture of independence and team-work in this profession. I'm given a lot of freedom to really dig into a feature and figure out the best way to write it. But I also rely on and learn from the other people on my team -- the designer and tester who review how the app looks and functions, and other developers who suggest ways to improve the code.

A number of MPCS graduates work with you at Solstice, what about MPCS prepares someone for a role at Solstice in particular?

It's impossible to learn everything you need to know about computer science or mobile development in just one year. But MPCS gave me the foundation of knowledge I needed to ask the right questions and know where to look for the answers. Solstice doesn't expect new developers to know everything, but you are expected to learn quickly. For me, graduating from MPCS gave me the confidence to know that whatever I didn't understand or couldn't do yet, I would be able to learn.

What does it mean to you to be a woman in tech?

When I first started MPCS, I was nervous about being one of very few women in the classroom, and later in a job. Once I started reaching out to other women in my classes, a lot of that nervousness went away. The same was true at Solstice. Connecting with the other female developers made me feel comfortable much more quickly. I feel incredibly lucky to have found a career that fits me so well. I'm challenged on a daily basis, and figuring out an elegant solution to a problem or fixing a particularly tricky defect is really rewarding. I got started a little later (at age 26) than a lot of men in tech, but I found my way here nonetheless. What's important to me is making it possible for more people -- of different socioeconomic backgrounds, races, gender identities, and sexual orientations -- to find their way into this field and to feel welcome once they're here.

Would you recommend MPCS to others? If so, why?

Yes! If you're interested in computer science or software development, MPCS is a great starting place.  You learn from professors who are doing interesting work in their fields, and you're surrounded by really smart people in your classes. I was surprised by how supportive and collaborative the environment is at MPCS. There were definitely times when I felt like I was in over my head, but there were always people around to point me in the right direction.

What is a piece of advice you’d give someone considering applying to UChicago’s Masters Program in Computer Science?

One of the challenges of MPCS is that students come in with varying levels of exposure to computer science. I was definitely at the lower end of the spectrum in terms of experience, and it was hard to learn a whole new vocabulary that was already second-nature to some of my classmates. My advice is to keep asking questions. This program is supposed to be hard, so don't get too discouraged when it is.